This is my diploma from 2007 at the Filmakademie Baden Württemberg. There seem to be some similarities between Bärenbraut and the Runt by Andreas Hykade, but actually I started working on this film a year before he did. unfortunately the Runt was finished before Bärenbraut, I had huge problems finishing it, because I ran out of money, so it took longer than planned. There was a lot of bad luck involved. For example someone destroyed my data together with the backups by accident or the software didn´t work. I guess this really damaged my will to make more short films, because I was really sick of it in the end.

I still think it is a good and interesting film, but judge for yourself. 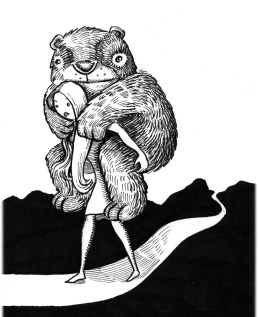 One thought on “Bärenbraut/Bear´s Bride”