So I have been back from Paris now for a week, and went to Rome in the meantime. I spend most of the time in Paris on a course about producing animated films in Europe at the Gobelins. We only had the weekends for more touristy stuff and sketching. So here are some of those.

Some of the sketches were from two performances by the Aurore Quartet. I haven’t listen to Gipsy Swing for ages, and I really loved their energy, their violinist and singer is especially great. I like the fact that this music is basically there to make you feel good, and that they really give all they have to entertain the 30 people who happen to be in the pub where they are playing. So it is music for it is own sake, and in a way this real philanthropy. If you happen to be in Paris, check out their website: myspace.com/aurorequartet.

I made the mistake of going to the Louvre last Sunday. It seemed to be full of small Paris Hiltons, who mistook the Louvre as backdrop for their facebook pictures (`… look, it looks that I am touching his ass`). There were millions of them. I am thinking of doing a comic about that, with the very foreseeable end of a Babylonian God which doesn´t want it´s ass to be touched mauling some cheeky American teenagers from the Midwest. 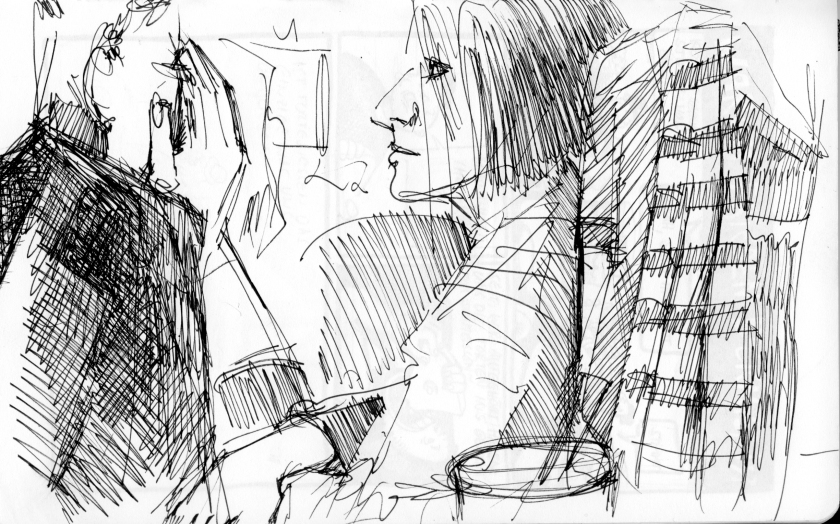 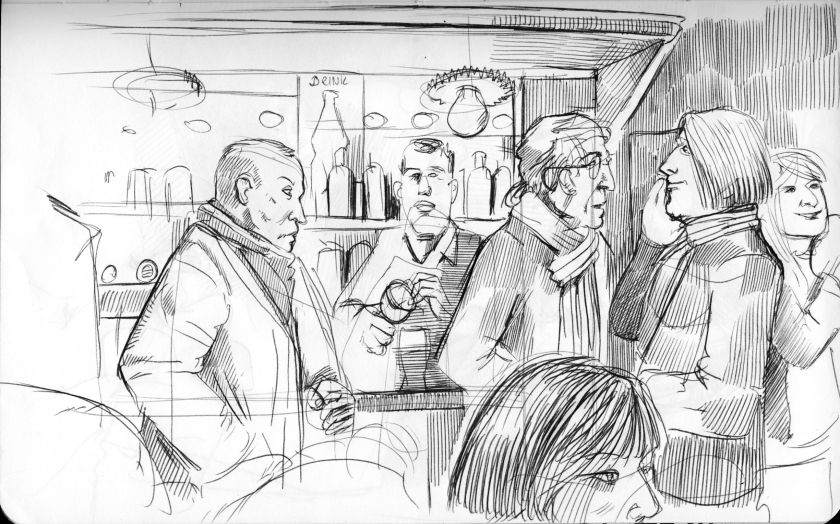 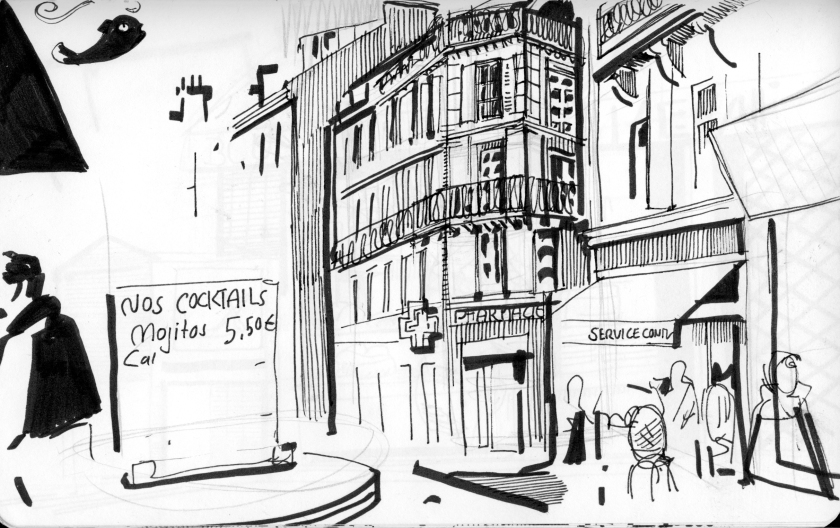